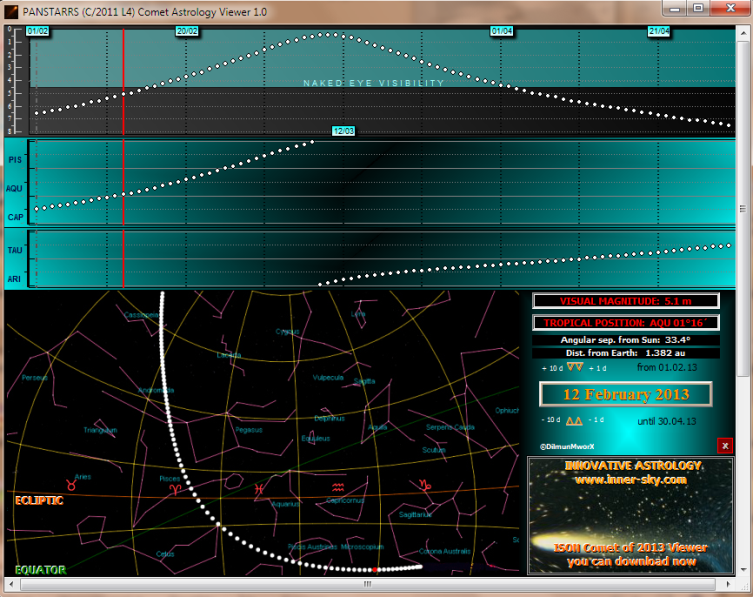 2013 is really 'The Year of Comets'!
Although PANSTARRS C/2011 L4 is not expected to be as brilliant or as prominent
as the 'Great Comet' called ISON, this rare opportunity to observe a relatively
bright comet can be a good 'warm up act' for ISON…
PANSTARRS C/2011 L4 reaches the theoretical limit of the naked eye visibility
probably in the middle of February 2013, but from this time it will become visible
to the naked eye only for the observers in the Southern Hemisphere.
In the Northern Sky it will be perceptible from the second week of March.
Keeping track of its celestial path, PANSTARRS C/2011 L4 Comet Astrology Viewer
displays the ecliptical positions in the tropical zodiac as well as the estimated
apparent magnitudes, its angular separation from Sun
and the values of its distance from Earth.
Displayed data: from 1 February 2013 until 30 April 2013, day by day.
Magnitudes values: estimated in January 2013.