The 'classic' primary directions used by Placidus were based on the diurnal and nocturnal
semi-arcs (arcus diurnus and arcus nocturnus) of the celestial bodies. The most powerful 'primaries'
are the planets aspects (formed by 'promissors', both in direct and converse course) to the angles
- more concretely to Ascendant / Descendant and to Medium Coeli / Imum Coeli - (as 'significators').
This astrology prediction software considers as 'significator' the Vertex too, which is the intersection
of the Prime Vertical (Primum Verticale) with the Ecliptic in the West, and, uniquely, it represents
a 'mundane' space not only for the Asc/Mc but for the Vertex/vMc too, using semi-arcs intercepted by
the Meridian and the Prime Vertical (instead of the Horizon).
Like the medieval astrologers, you can work with the real celestial bodies (i.e. in mundo) and the
projections of the planets on the Ecliptic (in zodiaco), but, in addition, Astrology Forecast Software 2.3
displays the directions by a fascinating, innovative and unique method: you can consider the Hitdates
not only as separate events but as the waves of an incessantly flowing stream - the joined scenes of
your own individual 'Life Film'… 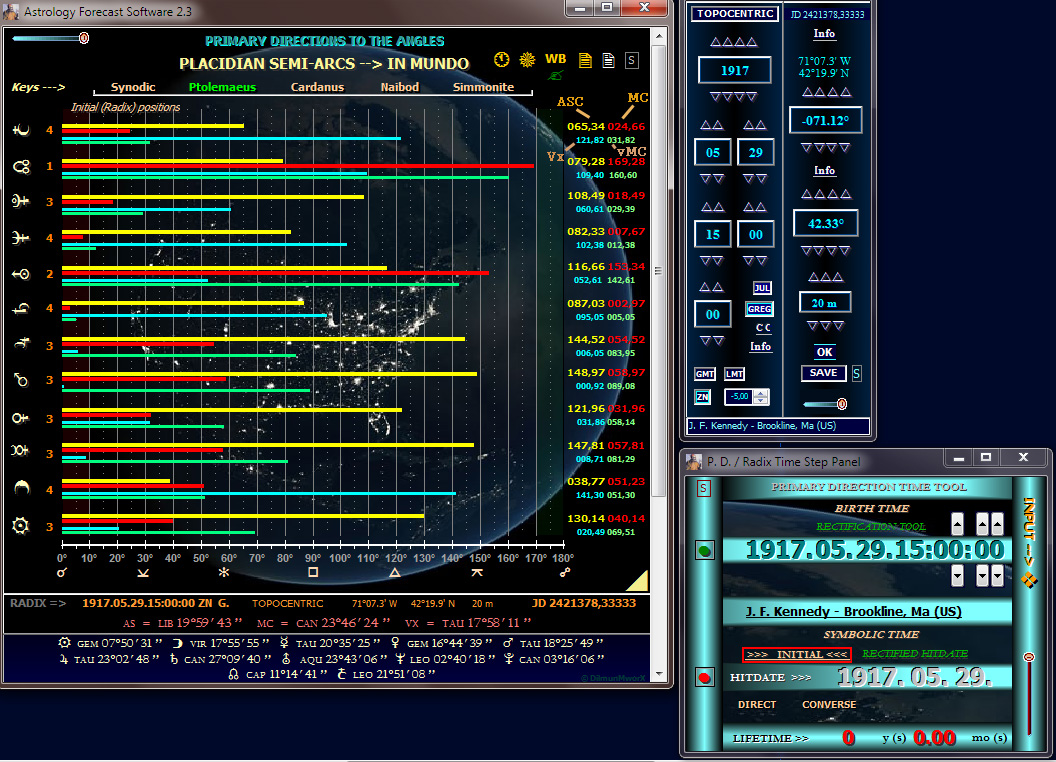 Applicable keys: keys of Ptolemaeus, Cardanus, Naibod, Simmonite (solar arc of the Birthday)
and Synodic Key (based on Mean Lunar Year).
Rectification tool for the Radix, display of all conceivable planetary aspects
(click here to view the suggested ISE aspects), possibilities of listing, Workbook;
accurate calculations between 3500 BC and 3500 AD. 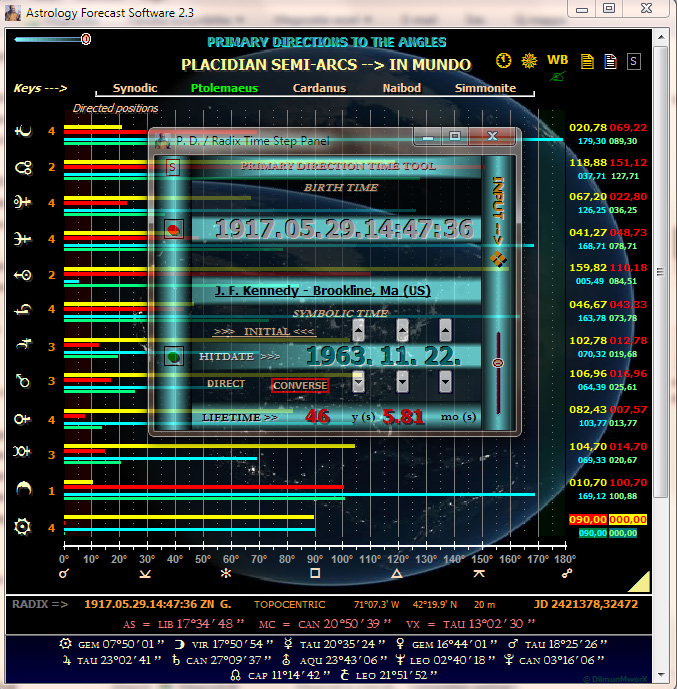 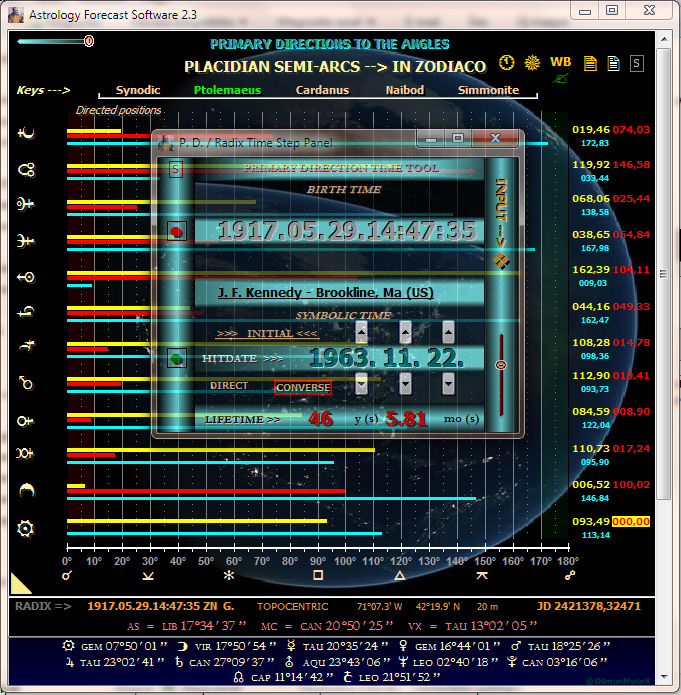 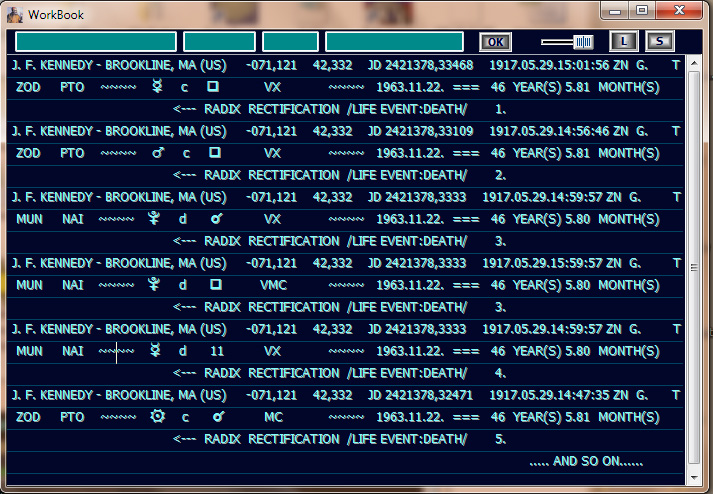 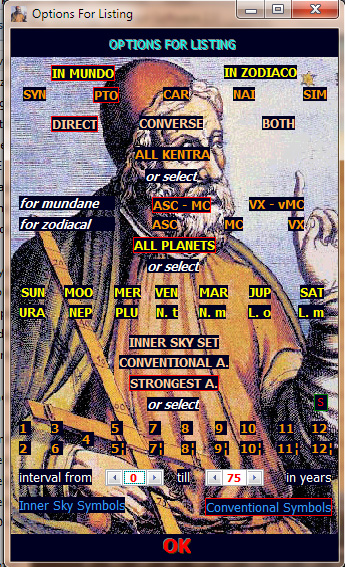 View demo video to see how it works (on Youtube, in HD quality).